Addiction Issues Among the LGBTQ + Community

The LGBTQ + community faces adversity every day in the form of judgment, lack of access to medical care, legal discrimination, discrimination in the workplace, and so much more. A common phrase used by those who do not scorn attempt to understand and support this community is “no one would choose a life that hard and cruel”. And, it is true. In fact, many choose to hide who they feel they are in an attempt to avoid the discrimination and shame pushed upon those who are openly gay, lesbian, bisexual, transgender, or queer. However, the internalized feelings of shame can be just as traumatic and harmful. With the hatred and struggle that the LBGTQ community faces, it is no wonder that drug abuse and self-harm are ways that some cope with common mental health issues they experience. 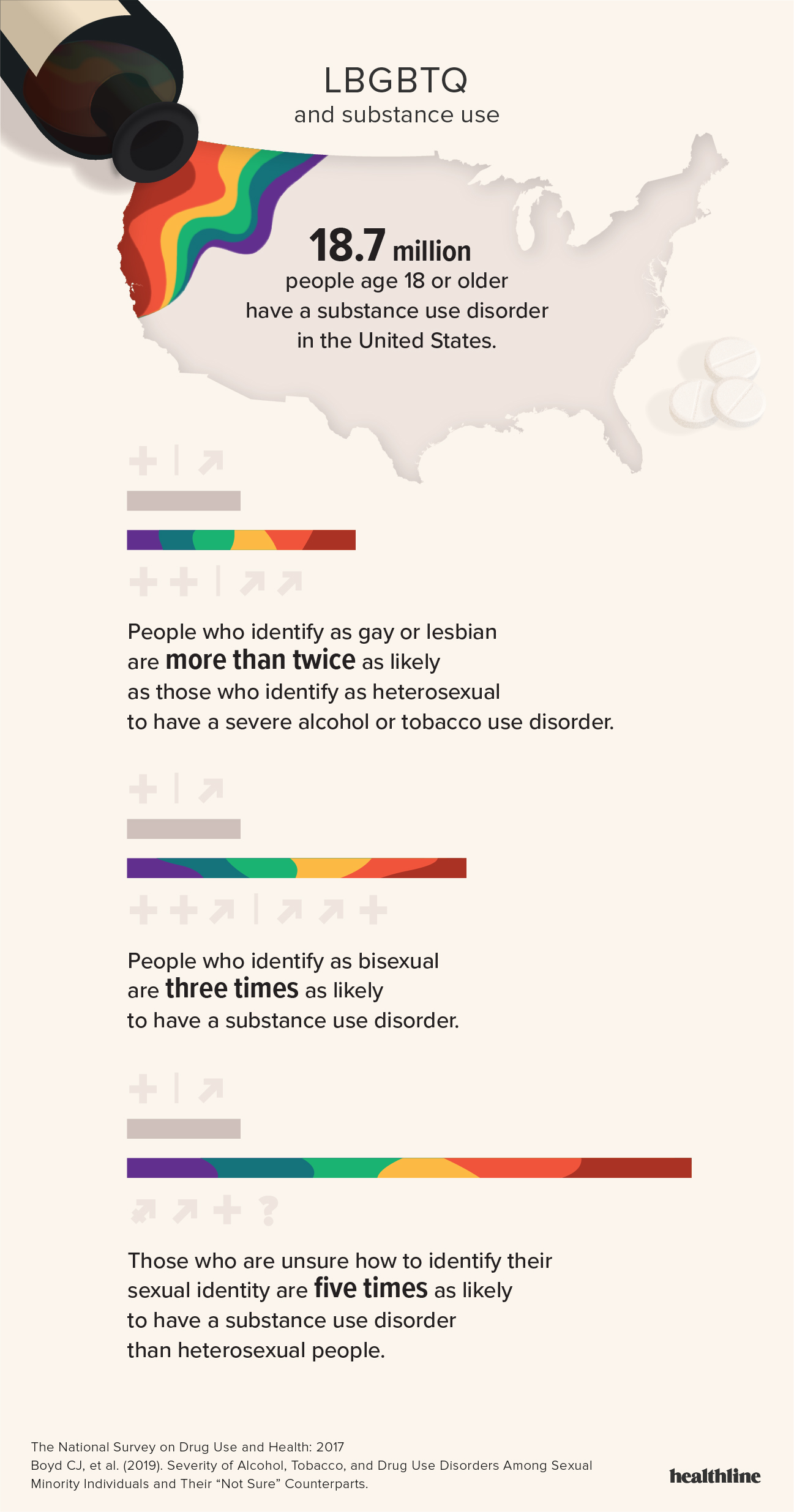 According to numbers published by the National Epidemiologic Survey on Alcohol and Related Conditions-III (NESARC-III), those who identify as a part of the LGBTQ + community are drastically more likely to struggle with a substance use disorder than their heterosexual counterparts. Additionally, the survey reported that those who were unable to identify their sexual identity were as much as 5x more likely to have a substance use disorder than someone who identifies as heterosexual.

Studies have found that more than ¾ of high school seniors in the U.S. have tried alcohol, almost ½ have tried marijuana, and almost ¼ have abused prescription drugs. Consider how this may factor in with the following statistics on LGBTQ teens:

The rates of drug use among teens are astounding enough in general, however, the first 2 statistics bulleted make the 3rd no surprise at all.

So, the question is “what can be done?”

As discussed in a Healthline article about LGBTQ Substance Abuse issues, gay bars and clubs have long been a “safe haven” for individuals who are a part of this community. This is especially true for those who have been exiled from their families and previously close friends. However, I use the term “safe haven” loosely, because, when has a club or bar ever really been the safest place?

Being that LGBTQ teens often don’t feel that they have adults in their family they can talk to and bars full of alcohol and drugs are common places to gather, it is easy to determine that creating safe spaces for the LGBTQ community is a major starting point to addressing the mental health issues they face. From LGBT-friendly community centers to addiction treatment facilities, creating physical space and holding emotional space for these individuals can go a long way.

To explore additional resources currently available to individuals and families of the LGBTQ + community struggling with mental health and substance use disorders, visit https://www.samhsa.gov/behavioral-health-equity/lgbt.

Mastroianni, Brian. “Why the Risk of Substance Use Disorders Is Higher for LGBTQ People.” Healthline, Healthline Media, 6 Sept. 1988, www.healthline.com/health/why-is-substance-abuse-worse-in-lgbtq-community.